The Times S&W is a beautiful and classy bar, in the heart of Downtown Asheville - off Patton Ave. 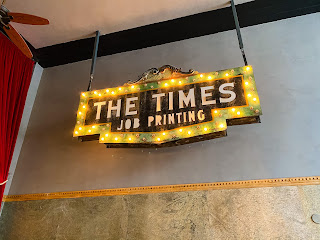 The state of North Carolina has this weird covid law that bars can only serve alcohol to go, so The Times got creative and repurposed their (gorgeous) space into a Speakeasy.

They did, however - transform their super swanky spot into an ah - mazing craft coffee shop (for the time being - aka mid covid). 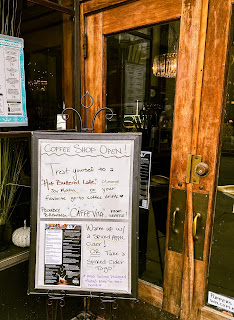 I had kind of been stalking their FB & IG pages for a while - but hadn’t really made it yet since I’m kind of a morning bird rather than a night owl. (I would say a morning crow if I had to pick a bird).

After hearing that they were serving coffee *and* had vegan dairy options (score) - I decided to head down one Saturday, early afternoon.

I suggest parking on Church St. at a meter spot *or* at the pay lot right off Patton - both are just a short & delightful walk from The Times. 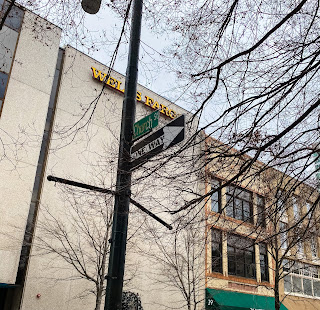 So, the The Times at S&W is an architectural masterpiece. You’ll immediately be enchanted by the intricate facade as you approach the entrance on Patton - and be even more captivated once you step foot inside the coffee shop. 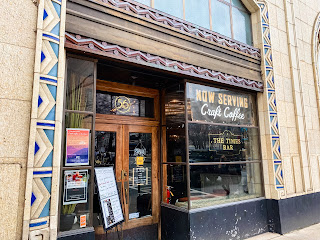 The ambiance has a modern vibe to it (insert super chill 90’s playlist), yet still has the feel of walking straight into a glamorous scene from Baz Luhrmann’s ‘The Great Gatsby’. 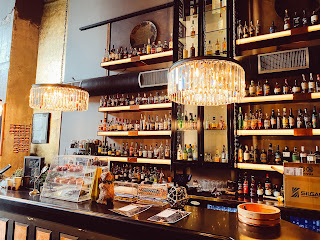 So I had kind of already decided on a Cortado before arrival - but was *super excited* when I found out they have a signature Times Cortado. And, omg it was SO delish. 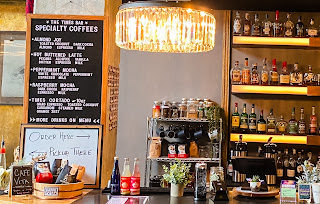 The Times Cortado had light hints of cardamom that were perfectly balanced with a fresh orange flavor, and sprinkled with orange zest. This Cortado is not overly sweet, and packs a huge caffeine punch.

The Times certainly has gourmet coffee down to  a T. 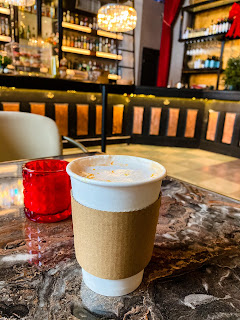 Before I left, I made sure to get the low down on the history of the S&W, from Ashely - who told me some pretty cool facts and stories about Asheville & the S&W building itself.

Apparently the structure was built in 1929, that’s when Frank O. Sherrill of Flat Rock and Fred R. Webber of Charlotte opened the “S&W Cafeteria”, in the space that is now The Times.

True to Asheville history, Ashley told me about the remnants of prohibition that can be found in forms of dumbwaiters & hidden tunnels in the basement level of this stunning Art Deco masterpiece. 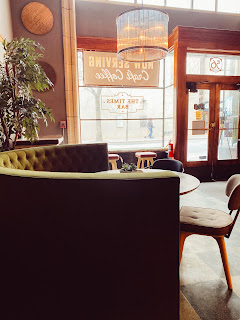 Admittedly, Ashley herself hasn’t seen any ghostly activity, but - there was a man that was renovating the condos in the floors above the bar about 10 years ago that said he would hear ghastly loud tumbling sort of noises around 5am every day in the staircase.

Although the S&W building has a history of prohibition, prostitution & murder - gasp! The coffee shop itself is nothing but enchanting. But; (I will say) it *does* carry an air of mystery... 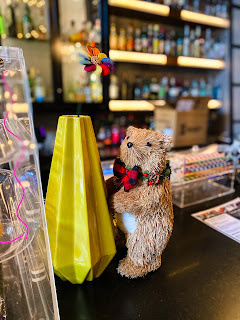 *not so scary photo in case you're terrified

For some hands down delicious coffee and maybe a Dough P donut or a Honey Badger Bakes baked good, and some first hand Asheville history, stop by the Times Bar at the S&W. 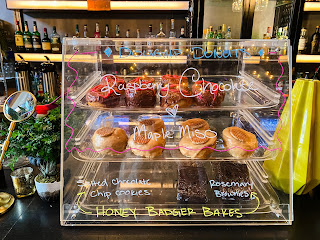 I love these hours because you don’t have to break the Tar Heel State curfew (I was out past 10 the other evening, and was worried I might turn into a pumpkin. Oddly enough, when I had arrived home at 10:11pm, come to find out - my 62lb. Bulldog mix had turned into a mouse).

Soooo - admittedly - as much as a coffee aficionado I am, I will definitely be getting dressed up one night and going to The Times for a post pandemic cocktail. Note; I will be bringing the puppers (er - mouse). 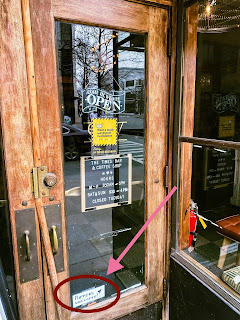 *Update, the Times is now back to serving cocktails as a bar now too!
Buy my book 'The Crystal Inn ~ A Southern Haunting' (click this link to go to Amazon page)! 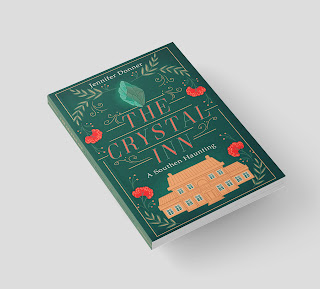