I decided to check out Well Bred Bakery & Cafe because I was up in the Weaverville area for a cross stitch class at Sassy Jacks Stitchery next door. (As much as I love benevolently haunting people into the wee hours of the night, and writing food reviews - I thought needlepoint would be a good hobby in addition to these other said activities.) 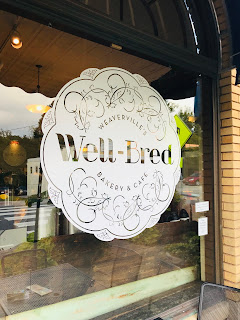 Not only that, I wanted to check out Well Bred because I was legitimately concerned for the bread. I mean; I know that they were advertising “well” bread - so like; did that mean the bread had been ill? Was it recovering from triple phenomena after a long stint in the bread hospital?

So; I decided to check on the well being of their baked goods.
I arrived at my cross stitch class a few minutes early so I could eat dinner before - and found a primo parking spot right out front of the Bakery. Weaverville is an adorbs little town; with plenty of street parking and no stupid rules like “one hour parking” blah blah blah - (which was awesome because I could stay parked in one spot for my entire outing)!

When I first walked up to Well Bred; I immediately noticed that they had a dog friendly patio - because there were two dogs there chilling on a cozy looking dog bed near one of the tables on the Main Street outside of the cafe. I assumed they were the “Well Bred” mascots since they were unattended and very well behaved, so - I walked up and was about to take some pictures.

(Unfortunately), the owner of the dogs came out mid photo shoot and gave me an odd look. I’m not quite sure if I spooked him; if he thought I was going to steal his dogs - or simply that I was an asshole millennial that takes pictures of everything. Regardless, I was thoroughly embarrassed and uttered “ummm hello?”, while being all shifty eyed and escaping into the bakery to avoid his line of sight. Not surprisingly- soon after; he left, and took his dogs with him. 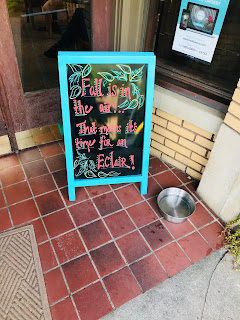 Anyway - the inside of the bakery and cafe was much larger than I had expected - and had waayyyy more food choices than I had anticipated. 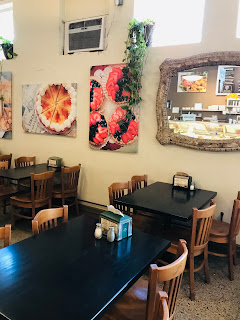 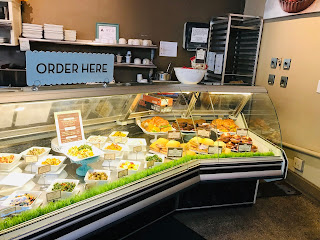 It actually kind of reminded me of a deli/bakery that you would find in a large city - they had so many yummy selections behind the cases; not only an abundance of baked goods - but lots of pasta salads; brussel sprout concoctions; sandwiches - and a plethora of quiche in a variety of nomz sounding flavors. 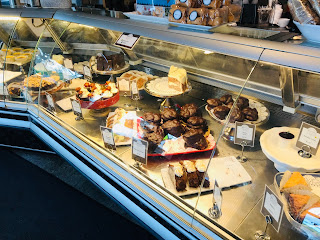 After perusing for a while - I decided on a order of the Spinach Quiche and an Apple Juice Box for my dinner. The super nice guy behind the counter took my order; rang me up - and then brought my food out to my table street side. (After you pay - go ahead and grab your drink out of the cooler, if it’s something they make they’ll bring that out to you too)! It was SO nice to sit outside and enjoy the cooler fall weather; while watching the cars slowly drive by - as well as well as people/puppers walking by, while enjoying my meal. 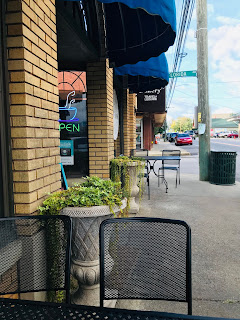 The quiche itself was delish - it was heated to the perfect temperature, came on a cute little square plate (fancy!), and was packed with spinach and peppers that added a slight spice to it. Plus; the crust was very yum - just the right amount of buttery and flaky. 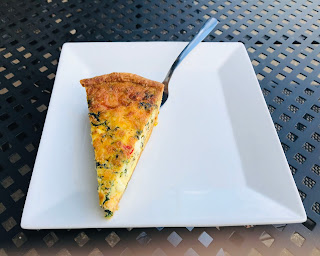 Weaverville is a darling little town - not too far north of Asheville, and *very* charming. Well Bred Bakery is the perfect place to sit and eat, and enjoy the small town charm and ambiance. I suggest making an afternoon or evening out of it and checking out all of the sweet little shops (including Sassy Jacks), all along historic Main Street! Well Bred has two locations; one in Biltmore Village and (the one I reviewed) in Weaverville. Both locals are open seven days a week; for breakfast, lunch, and dinner.
PS; I’m happy to report - all of their bread appeared to be in good health.