I decided to travel deep into the forest of Brevard, in hopes of finding a white squirrel to capture and keep as a pet so I could be like crazy mike that lives on the corner of 7th. Just kidding; I already have a dog and really just wanted a coffee. Plus, crazy mike has a brown pet squirrel- not a white one. Anyway, Appalachian Coffee. Co. is not too far from downtown Brevard and has plenty of parking- there’s no shabby street parking there! Their Sign is a little confusing and I stood there and stared for about three minutes muttering “wtf, who is Bill?” repeatedly before I decided “Whatever- either way they have coffee.” I’m still not quite sure what was going on (and who Bill is) but whatever- they had brew and pastries regardless, so I thought I’d give it a go. 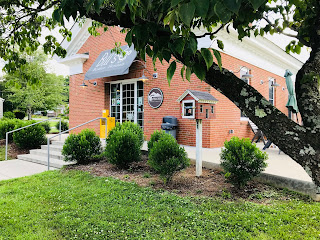 Appalachian coffee co. is right next to the college, so you can people watch and catch them saying fancy things like “books” and “soup”. 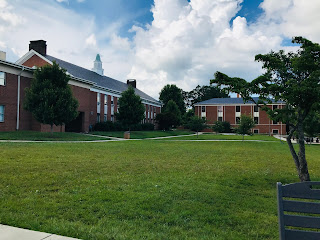 There was a birdhouse with books in it which I found to be quite bizarre... what kind of silly asshole thinks birds read now (like, I know it’s 2018, but really?). 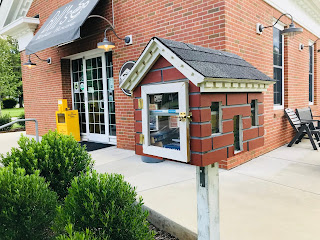 The inside itself is fresh and clean, and housed neat wooden tables. 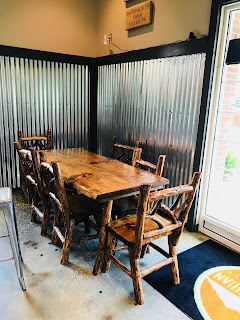 I ordered a Blackberry scone which was yum and dusted with powdered sugar- which made me feel special. The Blackberries were definitely fresh and moist, as well as the scone itself. 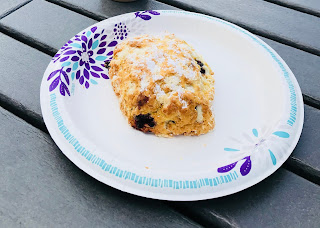 I also got a lavender vanilla latte, iced; because it was like 8000 degrees outside. It was yum as well, not too sweet and the perfect amount of lavender flavor with a hint of vanilla. 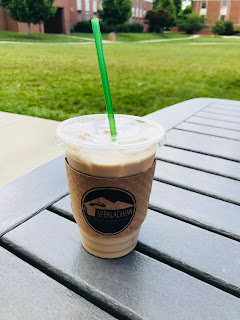 Bonus, I went on an overcast day so my stupid albino ass was able to sit outside without straight shriveling up and dying; they have a nice little patio out back, and the tables have umbrellas (oh lala). The only thing I didn’t like is that I felt like the people sitting next to me were judging me because I kept telling my dog to “get out of the shot.” Like- it’s not my problem he thinks he’s the next Heidi Klum. 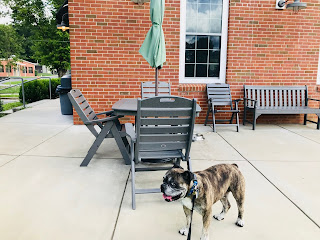 Check out Appalacian Coffee Co. on the IG and follow them by clicking HERE

Don't forget to subscribe to my blog up top (you'll get an email reminder when a new blog comes out)!