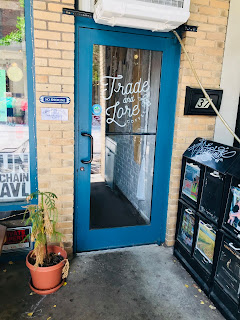 Parking is super simple in the garage nearby (the entrance is off Otis Street), and the first hour is free.

The barristas were really nice- one of them even asked me how my day was going, and none of them *accidentally* called me “Sir” (which is always a plus). They’ve got adorable merch for sale including the *cutest* little mugs with dogs on them that say “Trade & Lore”! 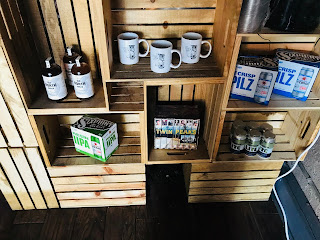 They’re also featuring ah-mazing, whimsical, art by Christa Brianna with both originals and prints for sale. 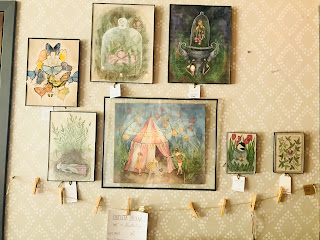 I had an iced chai with oat milk (not goat milk- they do not have goat milk- it’s oat for fucks sake. So when the barista asks if you want oat milk, do not repeat “you have goat milk?” twelve times, like a confused German six year old). My chai had the perfect amount of spice to it and wasn’t too sweet at all, it was more spicy than sweet. My lemon poppy seed muffin came on a cute little plate and was delish - it had just the right amount of crunch to it. 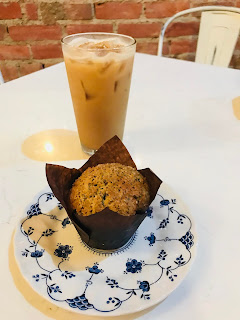 The lighting was superb; the inside of Trade and Lore is lined with adorable fairy lights - which really sets the mood to be anti social and devour ridiculously large amounts of pastries and coffee. 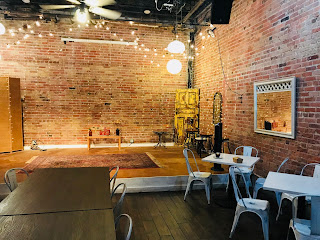 It’s cool inside; but not too cold where it feels like it’s air conditioned and you have to worry about your nips.

If you can brave the summer heat (or go later in the evening; they're open from 8am till 9pm seven days a week), you may opt to occupy one of their picnic tables outdoors along the side of their building. Or, just bring your sombrero and sit in the sun during the day. 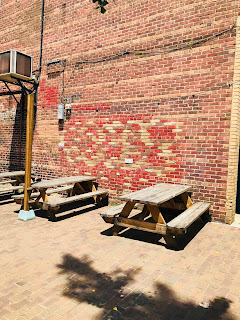 The only thing that I didn’t like about Trade and Lore was that this lighthouse picture gave me ptsd. 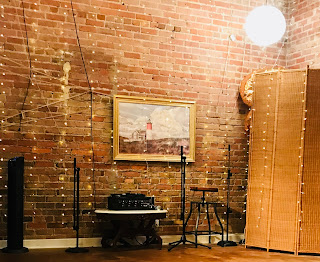 Tip; even though the inside or Trade and Lore is super cute, and a fun place to hang out- I suggest getting a coffee to go and window shopping on Wall Street. 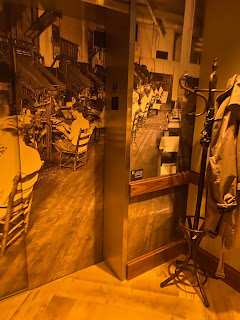